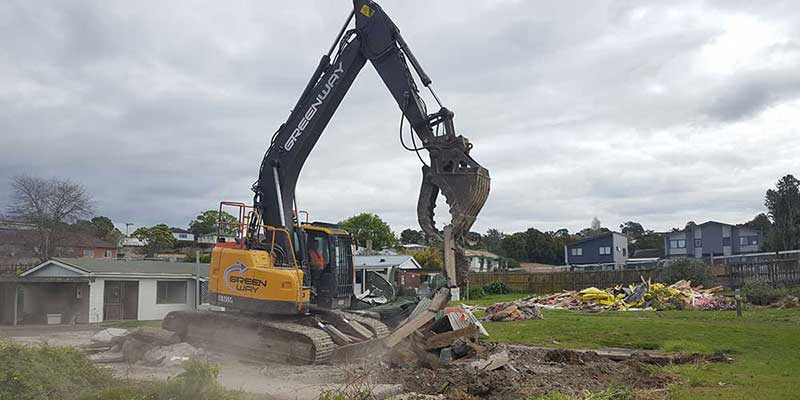 Posted at 21:25h in Clamps and Thumbs, Couplers, Featured by Robyn Fletcher

If you want something demolished, the Green Way team are deconstruction and “un-building” experts.

After setting up Green Way 7 years ago with a team of two, Wayne Green, Sebastian Jonsson and their company have gone from strength to strength and you can now find them on multiple sites around Auckland, and they have grown to a team of around 80. Green Way have also recently expanded into civil and earthmoving services in addition to their specialist demolition.

While demolition may sound straight forward, Green Way approach their jobs with a novel deconstruction focus – often working in tight residential spaces – and they excel at recovering and recycling building materials which not only minimises cost, it also improves sustainability.

Recovering and recycling material isn’t always easy but having the right tools for the job certainly helps. Watching operator Alan Binns gently remove wooden beams from a house he’s demolishing, or pick up concrete piles and remove the excess soil, it’s easy to see how invaluable it is to have a good attachment, and his Robur Clamp Bucket is doing the trick.

Alan uses the Clamp Bucket for every part of the demolition, from lifting nails from floors and roofs, sorting materials for recycling or removal, right through to the clean-up, where he can pick up a roll of carpet or a few branches to sweep up the site. The clamp is precise and has good grip strength, and Alan adds that he likes how he can push, pull or lift items easily – they are super versatile, and much better than other grabs and grapples he has used in the past!

A short drive through the city brings us to another Green Way site where the buildings are going up rather than coming down. The ground works are underway, but the going is tough with a lot of hard earth and rock to remove. Brian Edge is operating a 23.5T excavator and alternating between a rock breaker and a bucket. His excavator is set up with a Robur Double Lock Tilt Coupler and he loves how easy it is to swap attachments. The tilt coupler is very easy to use, and he has clear visibility of the attachments as he releases one to pick up the next. Brian has had the Robur Tilt Coupler and Bucket set up for nearly a year and is enjoying the tilting coupler over fixed hitches he has used in the past. “It improves efficiency and manoeuvrability – with the tilting hitch it’s easier to move the bucket into the position you need, rather than having to move the whole excavator around”. 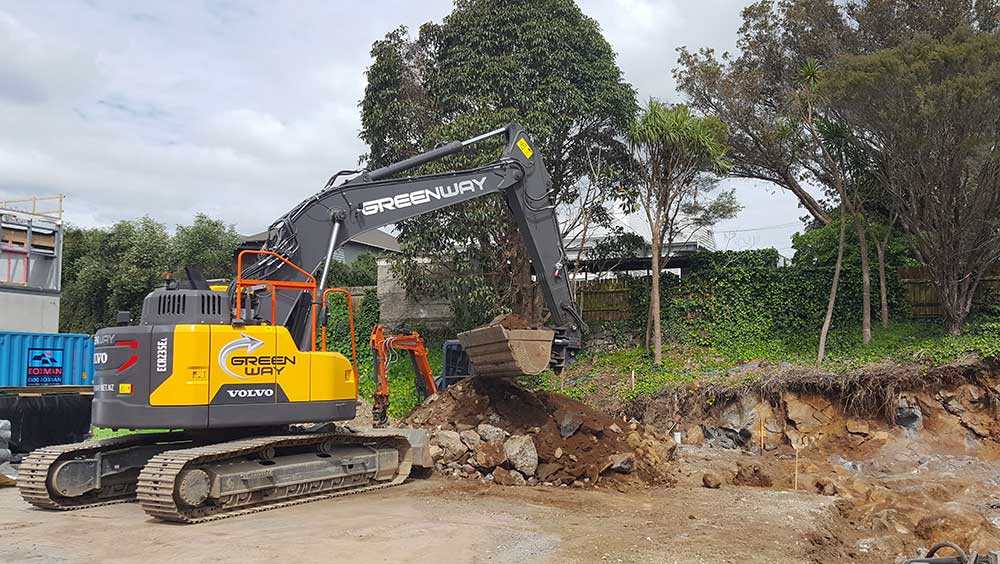 Brian also uses a Robur Power Tilt Coupler on another of Green Ways’ excavators and finds it awesome for demolition jobs where he can get the grab bucket in and around corners. As well as providing a greater tilting angle, he finds the movement very smooth and easy to make fine adjustments to the tilt angle – rather than clunky movements which make it harder to be precise.

Managing Director Wayne Green has been one of the driving forces behind Green Ways impressive growth. His building background helped develop their demolition processes – the un-building part of what they do. New opportunities have arisen over the years and Green Way now spend around one third of their time on demolition, one third on asbestos removal and one third on civil jobs. With the variety of work they do, they need a variety of attachments. Wayne has purchased several Robur Attachments over the years including rakes, rippers, couplers and clamp buckets. Originally they were recommended to him, and he now continues to use Robur Attachments as they stand up to the work Green Way need them to do. They are reliable, there are very rarely issues, and any additional support or service from Robur has been great. When talking about some of the recent jobs Green Way have worked on, it’s clear to see that Wayne, like his operators, is a big fan of the Robur Clamp Buckets – “they’re great kit, and worth their weight in gold”. 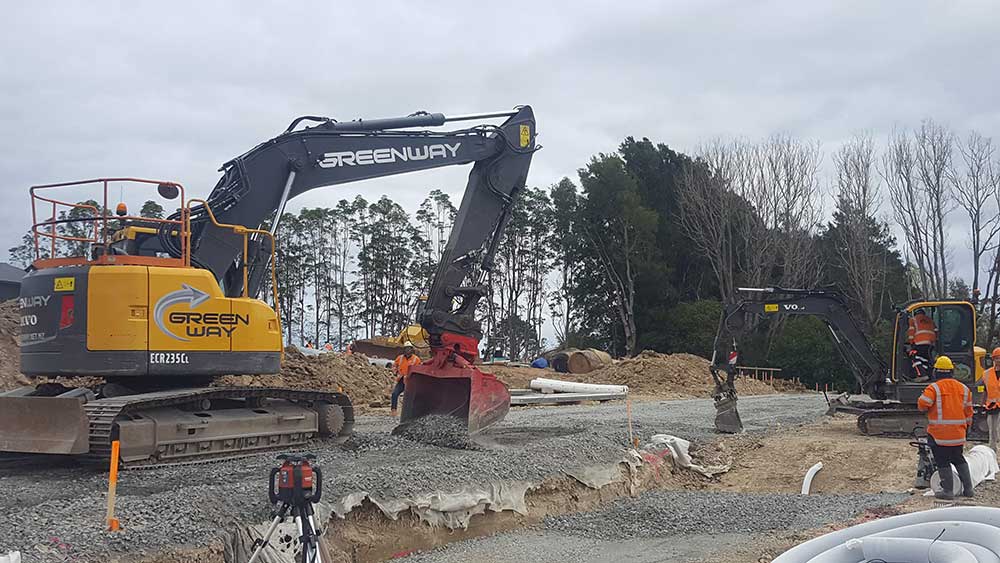